IBAT staff returned to Capitol Hill recently to participate in a roundtable discussion with Republican members and staff of the House Small Business Committee. Ken Hale, President and CEO of BOM Bank in Natchitoches, LA (an IBAT member), appeared on behalf of the Independent Community Bankers of America (ICBA), along with Christy Bussey, IBAT’s Director of Solutions and Strategies and Steve Scurlock, Director of Government Relations, to share their perspectives on the inextricable relationship between community banks and small businesses and the challenges both are facing.

The roundtable was a unique opportunity to “tell the community banking story” and we extend our thanks to Congressman Roger Williams for his invitation and long-time support of our industry and the interests of small businesses.

IBAT also joined some 90 groups from across the nation in support of a letter authored by Small Business Committee Ranking Member Blaine Luetkemeyer (R-MO) and signed by the Republican members of the Committee to SEC Chairman Gary Gensler, strongly urging that the recent rule on climate change be rescinded. In addition, IBAT issued the following statement:

“The Independent Bankers Association of Texas, representing over 300 community banks in Texas, is in complete agreement with the letter submitted by Ranking Member Luetkemeyer and members of the Small Business Committee regarding the SEC’s troubling proposal on climate disclosure. In addition to our concerns of an ever-increasing level of regulatory burden on our publicly traded banks, the points made in the letter regarding the unintended consequences of additional and costly burdens on small business borrowers are spot on. Our strong preference is for the SEC to withdraw this ill-conceived proposal and allow our community banks to efficiently and effectively serve their customers and communities.”

We are grateful to Ranking Member Luetkemeyer, the members of this Committee signing this letter and their staffs for continuing to strongly support small business and community banking. We look forward to continuing to collaborate on a variety of issues important to our sector of the industry and the customers we serve.

“End Around” on Interchange 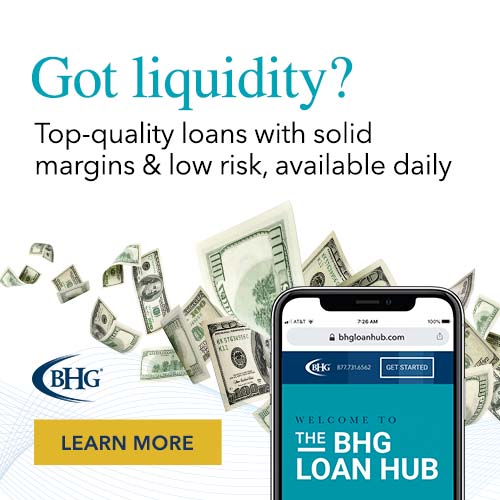