As Congress heads out on recess for the remainder of August, it’s a good time to remind Texas community bankers where legislation stands.

ILC Loophole. In late June, the House Financial Services Committee (HFSC) passed H.R. 5912 by Lance Gooden (R-TX-5), which closes the Industrial Loan Company (ILC) loophole. The legislation is headed to the House. IBAT would like to thank Congressman Gooden for his continued hard work on this bill.

Overdraft Protection Act. In June, IBAT, ICBA and member bankers worked with House Financial Services Committee members to pull from consideration the Overdraft Protection Act (H.R. 4277) by Carolyn Maloney, and were successful. However, in late July, the bill was brought up again for mark-up and passed along party-lines by the committee. IBAT along with ICBA, will be working to prevent passage by the House.

Stablecoin Regulation. The IBAT and ICBA-opposed Stablecoin legislation was pulled from consideration at the same June mark-up hearing. Committee Chair Maxine Waters (D-Calif.) and ranking Republican Patrick McHenry (R-NC) have been negotiating directives to put some guardrails around stablecoins. The Committee has not yet released a draft, but we anticipate one will be released once Congress returns to D.C. in early September.

Credit Union Power Grab. The credit union industry has enlisted the Chair of the HFSC, Maxine Waters, to carry the Expanding Financial Access for Underserved Communities Act (H.R. 7003). The bill purports to streamline the inclusion of low income and underserved areas into the common bond, but as is usual, goes well beyond its stated purpose without commensurate oversight and accountability. Unfortunately, this bill was amended onto another piece of legislation, carried by Congresswoman Waters, (H.R. 2543) the Federal Reserve Racial and Economic Equity Act.

Postal Banking. In better news, the U.S. Senate dropped Postal Banking funding from their appropriations bill, while the U.S. House included $6 million to expand the program.

Durbin 2.0 – Credit Card. Introduced just recently, Senator Richard Durbin has teed up legislation that would require banks with $100 billion in assets to offer merchants at least two unaffiliate networks upon which to run those transactions. Whereas Senator Durbin’s amendment to cap interchange fees was a purely single party effort, this was introduced with Republican Senator Roger Marshall of Kansas. IBAT will work hard against this effort following the recess, to ensure it is not added to “must pass” legislation before the end of this Congress.

What’s on the Mind of Other Bankers?

Early Voting Kicks Off This Week 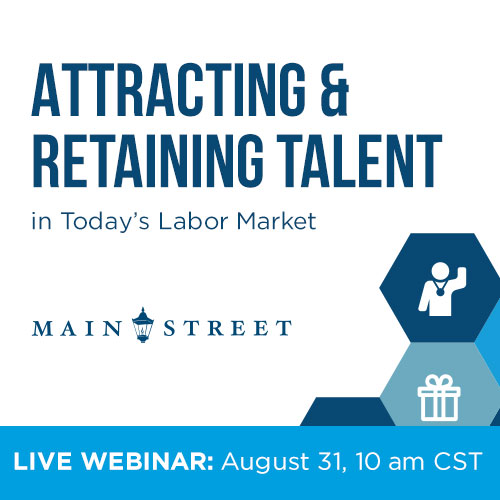